Deforestation is the phenomenon of reduction of forest surfaces. Deforestation occurs when forest areas are permanently lost (or at least lost in the long term) to other uses such as agriculture, urbanization or mining activities.

The causes of deforestation

In the world, the loss of forest surfaces, deforestation, is caused by multiple factors, some human and others natural. Among the natural factors are forest fires, diseases that can affect trees or pests.

But it is mostly human activities that are responsible for deforestation worldwide. According to the report on the State of the World's Forests published by the FAO in 2016, nearly 80% of global deforestation is caused by agriculture, with the remaining 20% divided between infrastructure construction (roads, dams) first, then mining activities and finally urbanization. In detail, here are some major causes of deforestation:

Contrary to what we often hear, forestry industries are not among the main culprits of deforestation. The explanation is simple: forest industry companies usually exploit areas of cultivated forest, i.e. forests that are regularly replanted in order to be exploited in a sustainable way.

Our definition of reforestation?

Reforestation corresponds to the action of reconstituting a forest ecosystem, by planting and/or assisted natural regeneration, after a human cut or a natural hazard. It is the result of multi-stakeholder cooperation, particularly at the local level, and aims to restore a multifunctional forest by relying on biodiversity through different tree species, which will provide a wide range of ecosystem services for the well-being of all living organisms, particularly humans.

Complementary to the fight against deforestation, it is the best natural solution to both preserve and strengthen biodiversity and fight against climate change. By contributing to limiting global warming, reforestation indirectly helps to limit drought phenomena which are notably at the origin of forest degradation. Other types of tree plantations contribute to these different objectives, such as afforestation (tree plantation on a never or formerly forested area), urban forest plantations or wooded biological corridors in cities or agroforestry. The latter, in intertropical areas such as the Amazon, offers a sustainable alternative to the agro-industry at the origin of deforestation, and thus contributes directly to the fight against deforestation.

Why plant trees or accompany their regeneration?

But the forest is much more than that. They provide us with numerous services, free of charge and on a daily basis, which are necessary for our individual and collective development as well as for natural balances. These services, called ecosystem services, come from the particularly complex and rich functioning of the forest ecosystem.

When well conducted, reforestation projects allow for the sustainable restoration of ecosystems, making them more resilient to climate hazards. Afforestation projects, on the other hand, create new forests that will serve as new carbon sinks and biodiversity centers. They thus reinforce the services provided by forests, for the greatest benefit of all of us.

In order to further anchor itself in an ecological approach, Sapins.be maintains its partnership with Reforest'Action.

Each time you place an order, you finance the planting of a tree.

We have decided to support a specific reforestation project, the Amazon forest in Brazil.

With the partnership of reforest' action.

Will you help us meet this challenge?

One of the three largest primary forests in the world is also one of the most affected by deforestation, with 4 million trees disappearing every year.

The cause is industrial agriculture, which generates two thirds of the deforestation in South America.

Brazil, the world's largest soy producer, has converted 18% of its forest ecosystems since 1970 - through clear-cutting and fires - to cattle ranching, soy crops and palm oil.

The reforestation project we are supporting is led on the ground by our partner Reforest'Action and is located in the state of Rondônia, in the southwestern part of the Brazilian Amazon, which is part of the "arc of deforestation", these vast Amazonian territories where the agricultural frontier and deforestation have largely progressed over the last decades.

The objective of the project? To fight against deforestation and to associate the traditional populations of the protected reserves to the reforestation of degraded pastures, via the creation of edible forests by guaranteeing them access to these resources. 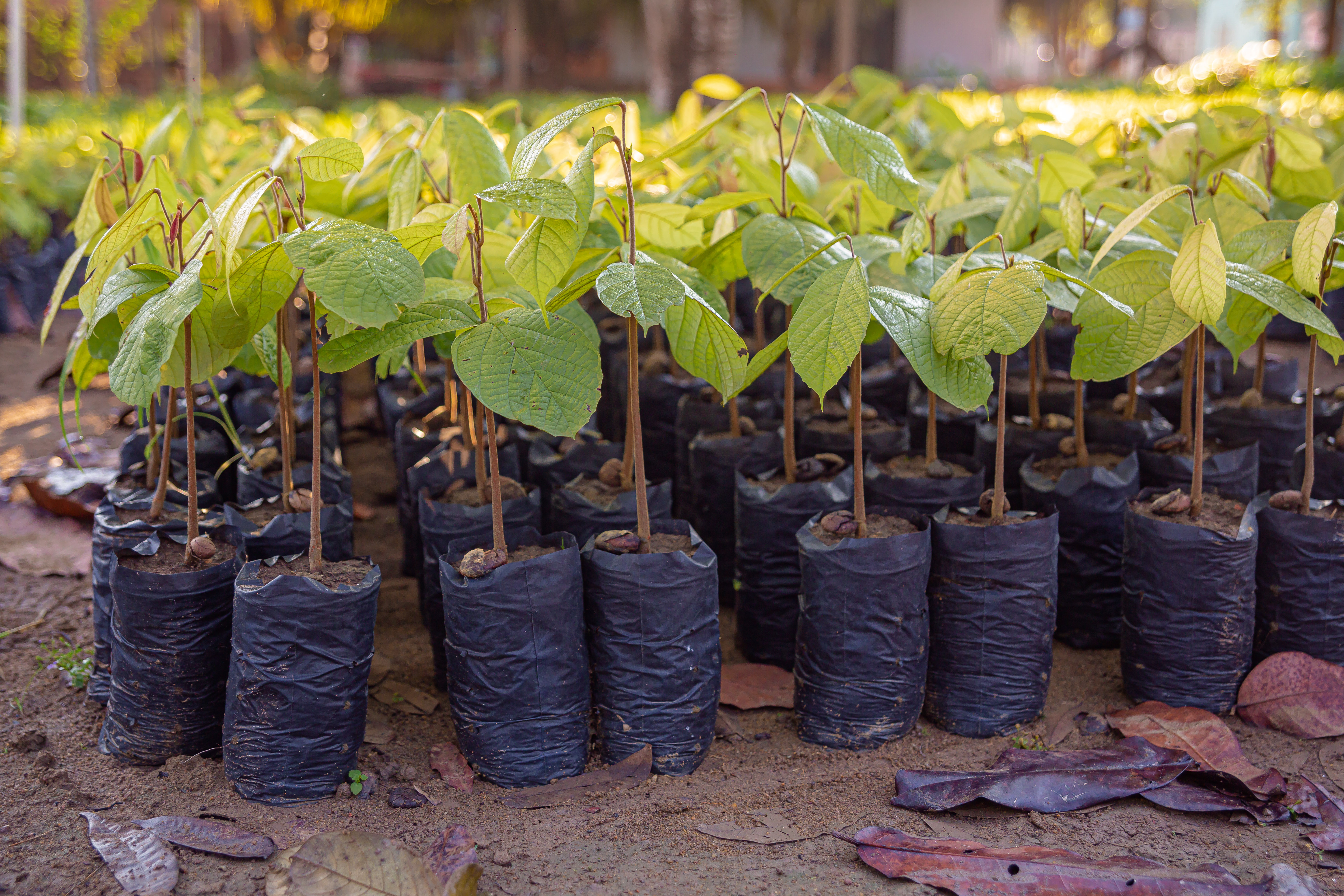 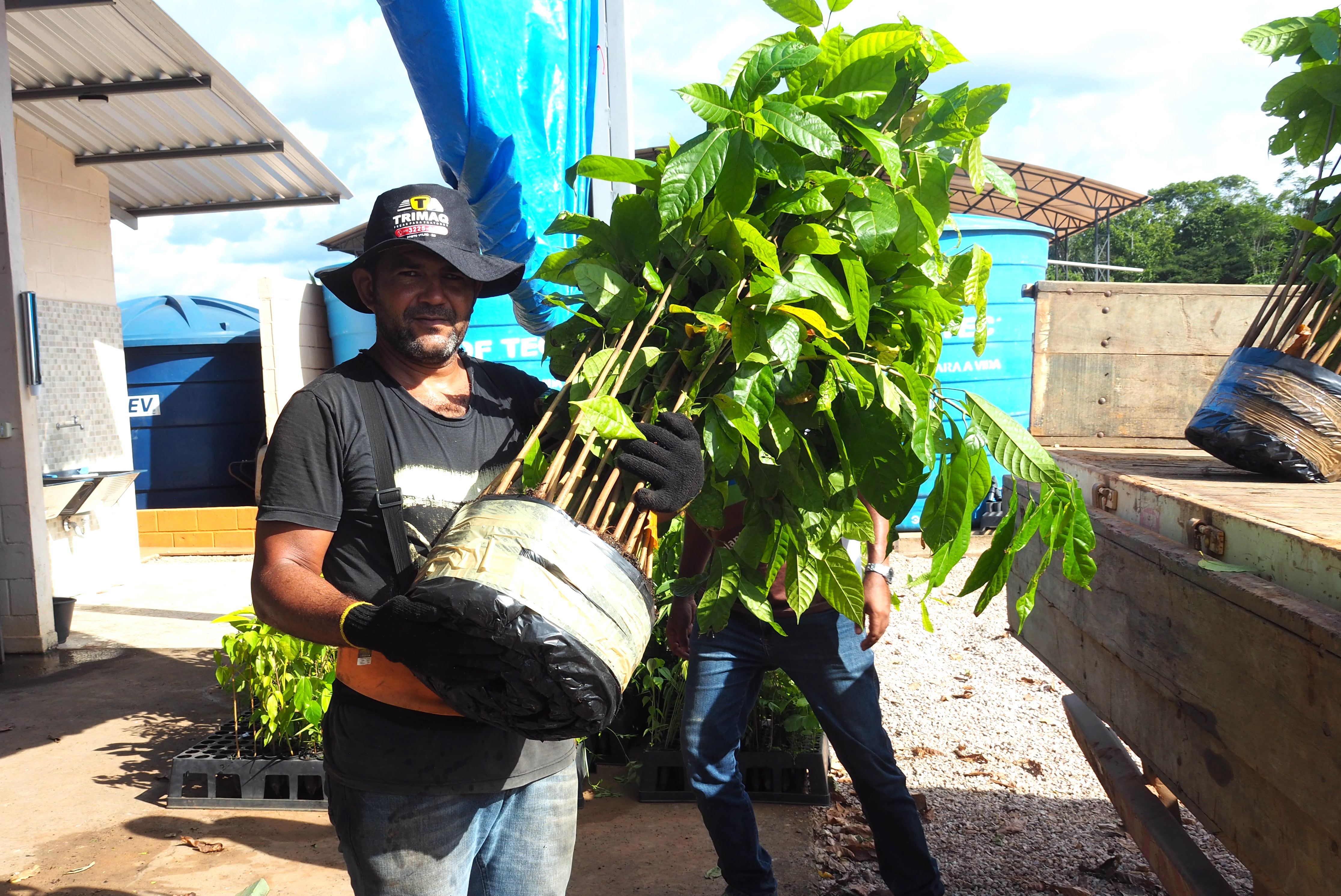 It will also be possible to further support this cause by purchasing the Reforest'Action product on our website.

We count on you to take up this Challenge with us 🤩

Contribute to the project